Summit to Save Earth Part II

Summit to Save Earth Part II is the eighteenth episode in the second season of Captain Planet and the Planeteers.

Zarm has succeeded in altering Earth's history, causing the Earth to become ruined. The now powerless Planeteers must find a way to get back their powers, undo the damage Zarm had caused, and save Gaia before she dies. 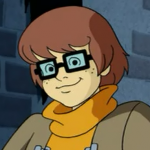