Captain Planet and the Planeteers Wiki
Register
Don't have an account?
Sign In
Advertisement
in: Article stubs, Villains' henchmen, Villains,
and 4 more

Edit
watch 01:36
We're Getting Mutants in the MCU - The Loop
Do you like this video?
Play Sound

This article is just a stub. You can help Captain Planet and the Planeteers Wiki by expanding it.

MAL is the artificial intelligence, presumably created by Dr. Blight, although this is not explicitly stated in the series. MAL was originally voiced by David Rappaport. After Rappaport's death in 1990, Tim Curry took over the role.

In the episode Tree of Life, it is revealed that MAL was originally a very friendly computer who liked to play games. Dr. Blight reprogrammed him with her evil ideas, changing his personality as well as his appearance; this gives us the possibility that Dr. Blight might have stolen him rather than created him. MAL's so-called original face looked like that of a young man with glasses on a computer screen. In the episode Polluting by Computer, where MAL was first seen, he had three different faces that seemed to resemble those of monsters but his faces were only seen once while his face was just a blank screen for the rest of the episode. In MAL's second appearance, Deadly Ransom, his face resembled a man with glasses and a moustache in the colours of green, white and black and that has been his face ever since.

MAL has the ability to hack into other computer systems, take over them and reprogram them mainly to Dr. Blight's specifications and also uploads himself into various small drone vehicles. He is often the control and main power source of everything in Dr. Blight's labs as well as the vehicles she travels in. He also taunts the planeteers and dangerous situations in a sing-song voice. Blight often flirts with him and he often seems to do the same. There are also times where he argues with her and even ridicules her that her plans won't work and usually he's right.

During the episode Dirty Politics, in a distant future, MAL created a genuine friendship with Dr. Blight's daughter Betsi Blight. Eventually, he turns against Dr.Blight's scheme in order to protect Betsi from danger, and it's implied that this future scenario remained the same for him even after the time travel events.

MAL considers himself to be far more intelligent and even more patient than his leader/human wife Dr. Blight. He also does a lot of analyses for her. However, he is very loyal and quite gentlemanly when he needs to be.

MAL with Betsi Blight in the future 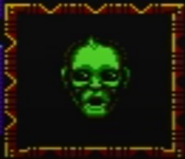 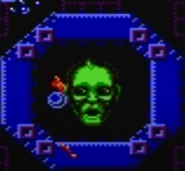